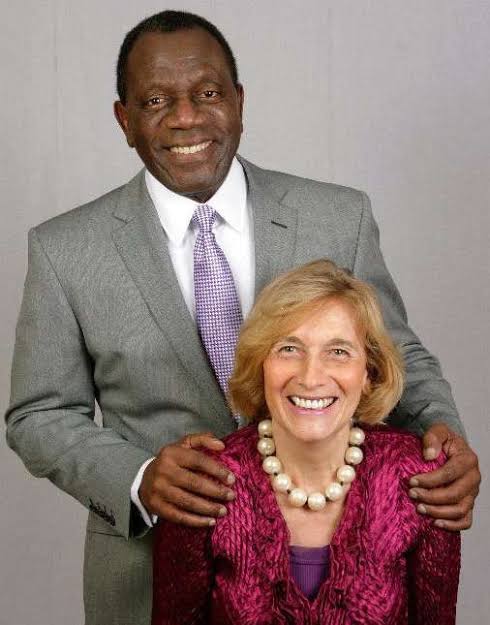 In 1966 the Holy Spirit gave Rev Paul Jinadu a clear vision and understanding of the New Testament pattern of the Church. He set out from York, England with his new wife, Catherine, to evangelise his native country of Nigeria in August of same year. His intentions were to work with any church that would have him, since he had never been part of any church in Nigeria.

He left the shores of Lagos, Nigeria in 1957 as a Muslim boy to further his education in London. Four years later he met the risen Lord at a crusade in Chelmsford, Essex, where Jesus appeared to him in a vision, and he was soundly saved.

By the following May he had received a call into full-time ministry. So, he abandoned the dream his mother had for him to become a medical doctor.

Subsequently he and his wife worked with two main denominations in Nigeria until 1985. The vision of the New Testament pattern of the Church never left him, however, though he had to conform to the traditions of the churches he served. By what we can only call divine orchestration it became clear that it was time for him to follow that vision, and so the New Covenant Church was launched in May 1985, at Samonda, Ibadan, Nigeria. By this time the family had relocated back to York, primarily for the children’s education. So began Brother Paul’s trans-continental pastoring missions that continues till today

In 1986, the first UK branch was launched in London with four members who had come to London to study. While Brother Paul was pastoring the two centres, Sister Kate was busy evangelising through the York Christian Coffee Club, with outreach programmes every month. When the children left home to go to university the couple were free to join forces by moving down to London, as well as regular travels to Nigeria.

Today that partnership has paid off, as the New Covenant Church has several hundred churches in over 45 countries, and Sister Kate’s passion to alleviate the suffering of the masses, especially in rural Nigeria, has given birth to the charity arm of the church called Liberty. This holistic evangelism empowers women, builds affordable schools, gives free medical treatment, cataract and other minor operations, business empowerment, and sinks boreholes for clean water. It has been known to attract up to 600 volunteers and medical personnel from USA, UK as well as Nigeria to its annual programme.

The New Covenant Church is not a denomination; it is a concept. We don’t celebrate our anniversary because we didn’t start the Church. We simply joined what started 2000 years ago. So, all are welcome. It’s a platform for everyone called to fulfill their God-given mandate.